Until a few years ago Steve Cronce’s Raphael Industries did $1 million dollars a year of specialized industrial painting for customers within driving distance of their plant in Milwaukee, Wisconsin. One of them happened to be GE Healthcare, which sent Raphael “dead” X-Ray tube parts for re-coating and re-commissioning. Challenged by other entrepreneurs in Scale Up Milwaukee’s Scalerator program to come up with a plan for rapidly ramping up his business, Cronce wondered: “What if I redefined Raphael as a strategic link in the global medical imaging supply chain, rather than as a paint shop?” This supply chain epiphany is taking Raphael toward $10 million of work a year by burrowing into GE’s global network as well as serving its competitors. He is poised to become the leader in this segment of a multi-billion dollar market. “By serving as GE’s and other equipment makers’ supply partner, the whole world is now my scope. I am no longer limited by geography.”

This story leads us to a question: Which sounds sexier: sassy Silicon Valley startup or nose-to-the-grindstone supplier? No doubt the tech startup wins the popularity contest hands down.

But let’s change what we’re asking: Which has the better potential to scale up and create long term value for customers, owners, investors, and employees? According to a study by the Center for an Urban Future, small businesses that win large supply contracts report average revenue growth more than 250% in the two years after their first sale. The reality is that the vast majority of successfully scaled ventures are not mythical unicorns with billion dollar paper values, but workhorses that plug along, steadily producing results year after year.

Although big, global supply chains certainly have their own dynamism, they mostly evolve incrementally through minnovation rather than disruption – and thus get short shrift in the business media and amongst aspiring entrepreneurs, hungry to create successful ventures. But entrepreneurial know-how and energy can work very effectively in the context of plugging-in as a supplier, as Steve Cronce and thousands of others are learning.

Taking this path isn’t a cake walk, however. Corporate procurement processes are opaque, secretive, and can be influenced by political pull as well as pure performance. Here is some advice on how to tap into supply chains for successful scale-up:

Reveal more than is comfortable. Like it or not, the reality (in supply chains, as elsewhere) is that power is asymmetrical – large customers typically have more clout than you do, and they know it. One result is that they keep their cards close to their chests about what they are looking for (at first), while expecting you to reveal everything – your finances, pricing, ownership, human resources, production processes, quality assurance, customer service procedures, KPIs, and existing customers. Not only does this take time (corporate customers in IBM’s free Supplier Connection portal require advance answers to over 140 questions before they will even consider you), frankly, it is downright frightening for most of us.

Jorge Rodriguez-Gonzalez, founder of PACIV in Puerto Rico, flipped this dynamic on its head. Compliance is crucial for pharmaceutical makers such as Abbott and Amgen – a “Form 483” warning from an FDA inspector can shut down a drug facility in an instant and even land top executives in jail. Thus, the supplier of compliance services is of strategic importance. As an industry newcomer, to gain the absolute trust of his first customer, Eli Lilly, Rodriguez-Gonzalez took transparency to a new level: Not only did he reveal his exact labor, materials costs, and profits, Rodriguez-Gonzalez even sent the client his personal income tax returns, so that Lilly purchasing executives would have no doubts about the veracity of his representations. In the clubby world of pharmaceutical purchasing executives, PACIV’s reputation for transparency spread, setting a higher bar that his competitors begrudgingly were now asked to jump over.

But Trolltech almost pulled the plug on the “Project from Hell,” as they called it, because the style and values of the Scandinavian technology supplier and the Japanese manufacturer led to conflict after tense conflict. What helped Trolltech ultimately save the relationship was learning how to set expectations appropriately in light of the divergent cultures. They realized they needed to invest time, and talent, in analyzing the implications of corporate cultural differences on their ability to supply the goods, not just win the first contract or certification. That meant ensuring their people spoke the language of large consumer electronics supply chains, understood how manufacturers think, and had the perspective and adaptability to fit into a long line of actors from programming in Scandinavia, to manufacturing in Japan, to the consumer in New York.

Manage the arduously long sales cycle. One of the most important realities of tapping into supply chains is: it takes time. An initial sales cycle can easily mean waiting one-and-a-half to two years before receiving a first commercial order. Ane Ohm, CEO of HarQen, a startup supplier of automated recruiting systems in Milwaukee, and her staff held over 100 patience-sapping meetings with a Fortune 500 customer before getting a first contract. Luckily, this single contract was pivotal in helping HarQen reposition themselves from a technology-driven voice response company, to a market-driven recruiting systems one.

Of course, time is money, and in light of the long selling cycles, creative financing is often the name of the game: banks will sometimes step up to finance part of a firm contract with a large customer. Private investors might buy some equity or lend against future royalties if they can see the customer is serious. If you have an innovative edge and are willing to give attractive discounts, sometimes customers will make pre-payments against purchases; even if they are small they can relieve the cash pressures. In fact, advanced payments may be just the kind of proof that banks or equity investors need to open their pocket books.

If you have one big customer, enlist them to help you grow. When one customer is responsible for the lion’s share of your sales, it’s like golden handcuffs. The challenge is to cast off the handcuffs while keeping the gold. Sometimes this means utilizing your one big customer to get others. This was the situation facing Collins Consulting, a Chicago area provider of contingent staffing services. For more than a decade Collins had almost exclusively supported IBM’s commercial and government businesses. Collins worked primarily on IT related work, such as systems integration and software development. When an opportunity arose to work on a financial audit and accounting contract, IBM helped Collins broaden its skill set and diversify its offerings into financial management. IBM then recommended Collins to KPMG, a competitor, when the latter won a large contract with the Department of Defense. Collins’ new capability, matured and developed by a dominant major customer, is now a competitive and profitable business area for the company. It is true that some large customers will jealously guard you in a quasi-exclusive relationship. But more often than not, you can persuade and use the customer to help you work with even their arch competitors, to their own advantage as well as yours.

Corporate purchasing is not as all-powerful and monolithic as it might seem from the outside. As Havens and many other corporate suppliers have learned, just because you have a contract with one part of the business doesn’t mean another part works the same way. Many corporations have at least some elements of purchasing which are decentralized, meaning the different units may have separate sourcing criteria, payment terms and supplier management practices, creating separate supply opportunities.

Innovate and invest, even when it hurts. We know it sounds almost contradictory because the media is replete with stories of “disruptive startups,” but most small companies are loath to make innovation investments, with fewer than 15% evidencing tangible innovative activity in their first four years. In 2004, when ZeroChaos, a provider of contingent workforce solutions, began courting IBM as a customer, IBM was concerned with losing the war for engineering talent to new startups such as Yahoo and Google. After listening to IBM executives’ concerns, CEO Harold Mills invested over a year of the smaller company’s limited bandwidth to build a “virtual bench” of technical talent dedicated to IBM, a product they named “Blue Direct.” They were able to recruit 200,000 developers and product designers, allowing ZeroChaos to communicate directly with potential recruits about new and relevant IBM initiatives, and giving IBM access to this critical talent pool. Signing up IBM as a paying customer allowed ZeroChaos to expand from an initial contract in the US to now supporting IBM in 13 countries. Today, ZeroChaos is a $3 billion company and as Mills says, “a significant amount of that growth was enabled by the IBM partnership.”

Entrepreneurial opportunity is not limited to disruptive startups. While the idea of embedding yourself in a vigorous supply chain may not seem so exciting, if done well, it can be a powerful way to scale-up for success.

By Daniel Isenberg and Timothy Coates 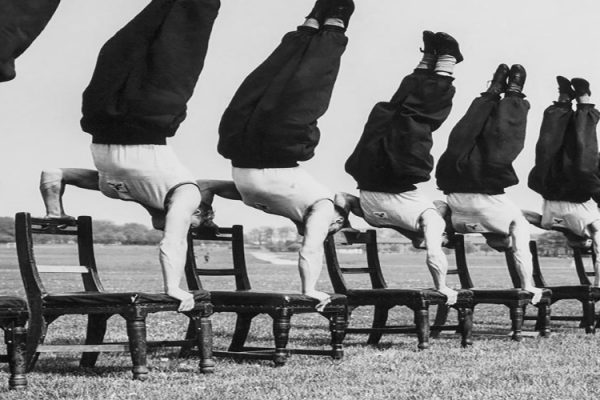 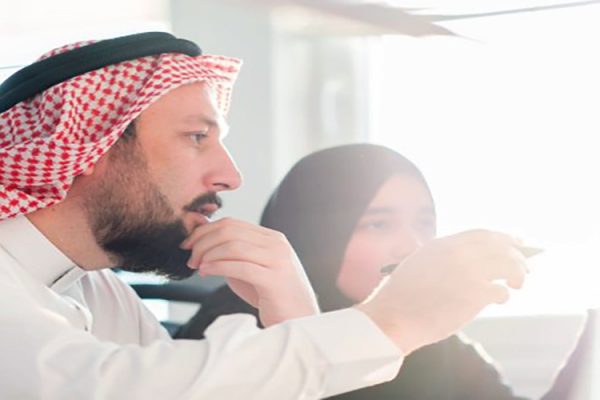 The transformation that’s needed in healthcare can be overwhelming and necessitate substantial investments in finance, technology, human capital, operations, infrastructure, substantial disinvestment of legacy resources, redesign of workflows and pathways, and enhancement of collaboration across the system. 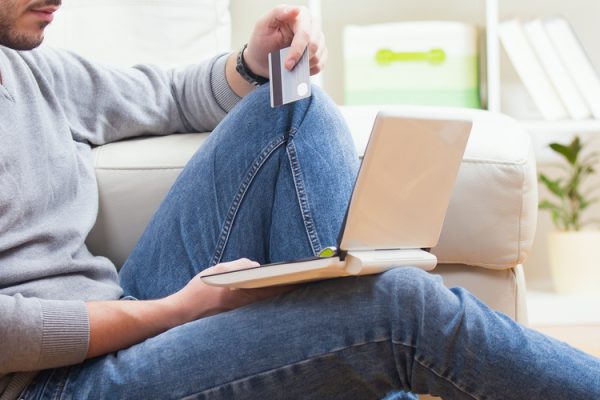 For many millennials, your twenties and thirties are a time to find your way and start building the foundations for future success. This should include having strong financial foundations in place. By following these simple steps, you can start on the journey to unlocking your financial freedom.